The Mystery and the Wonder almost follows the lead of visualising a long lost space. By presenting the Zenon paradox of the ancient hero Achilles and the turtle, Asef re-narrates the disappearance of the city of Byzantium. The paradox describes a race between the two, which end in the infinity of algebraic analysis. This textual work is confronted with the legend of the history of the palace Dolmabahçe in Istanbul –a building formed from the immaterial, whose factoring was based on the Sultans order to print more money, because the financial capacity of the city has already been exhausted.

The city of Byzantium, founded by Greek colonists in the 7th century BC was to form the nucleus of one of the greatest centre of civilization in the history of mankind.

The ancient authors refer to a number of important buildings but their form and location remain unspecified. According to them the city house the famous Baths of Achilles, located immediately adjacent to the Strategion.

We have to remark that, to make this footrace possible, the participants have to reduce their own size becoming smaller and smaller untill de-materializing themselfs.

It is told that up to this days Achilles is still runnig his footrace against the tortoise in an endlessly small Byzantium.

The Wonder of Dolmabahçe

The famous painter Melling visited Istanbul during the reign of Sultan Mahmut II and the wooden palace is represented in many of his prints. After Mahmut II, Sultan Abdülmecit came to stay at the palace. He ordered to be rebuilt in a western fashion between 1843 and 1856. For this purpose Abdülmecit took a credit of  3.500 Kurus, enough to buy paper and ink to print 3.500.000 Kurus to pay the built of the palace.

Dolmabahçe actually means ‘the filled garden’. The Palace is built on land reclaimed from the Bosphorus, hence its name and its materialization appears from the abstract world of infinit numbers became money and transfered into stones and handcraft to finaly built a building in our presence. 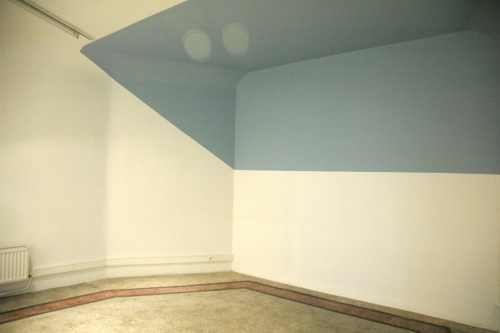 Mario Asef‘s public interventions, photographs, videos, soundscapes and installations focus on the legibility of urban space and architecture within a specific sociocultural and historic context. Seeking to explore intimate socio-critical and political aspects of forms, the artist constructs a narrative system, a thought experiment that aims to produce an unpredictable effect - a moment of logical absurdity - creating a fiction of the real. He is a precise and yet poetic recorder of the fleeting and the mundane. His work emphasizes, in an unpretentious way, moments of displacement and the disappearance of space and time. In a subversive and humorous way, Mario Asef manages to breach the rules of the every day life. Like a researcher he explores, by way of different mediums, the interdisciplinary construct of public spaces and public life. View all posts by marioasef